Every year a celebration occurs around the globe on World Sea Lion Day, and this year the Pittsburgh Zoo & PPG Aquarium’s seven California sea lions and two rescued Northern elephant seals joined in the celebration.

Northern elephant seals are part of the Phocidae family, which includes all earless seals or “true” seals. They are unable to use their flippers to walk, so they move like an inchworm on land by flopping forward on their bellies. When swimming, they move their rear flippers back and forth, like a fish’s tail, to propel themselves through the water. This contrasts to their California sea lion counterparts, members of the Otariidae family, who can rotate their flippers beneath them to walk on land, and who use their front flippers to swim.

Flipper size is another noticeable difference between the two species. California sea lions have larger front flippers than northern elephant seals, making it clear why they use their front flippers to swim!

California sea lions tend to be much more social than their counterparts. They enjoy gathering in groups and are very vocal. Guests can hear them put their vocals to the test at 12:30 p.m. and 4 p.m. daily Sea Lion Enrichment Program at the Zoo throughout the summer, or hear them up close during a behind-the-scenes Wild Encounter.

World Sea Lion Day brings to light key issues affecting sea lion populations. Rising ocean temperatures have caused fish to move farther off shore to seek cooler water. This impacts sea lion mothers because they must travel farther distances to find food, causing a higher caloric demand and an extended time away from her pups on land. Oftentimes, the pups struggle to obtain an adequate amount of calories and become stranded on the California coastline due to starvation.

Some of these animals receive a second chance because of hardworking rescue organizations and accredited zoos and aquariums.

Coolio is an example of a seal who received a second chance. He was rescued by the Northcoast Marine Mammal Center (NMMC) from a California beach. Coolio was found malnourished and unable to protect himself which led to him becoming easy prey for birds and other animals. Coolio sadly suffered irreversible injuries to his eyes, leaving him blind in his left eye and with only some peripheral vision in his right eye. Due to these injuries, Coolio does not have the abilities necessary to be released back into the wild. However, he is benefiting from a care program developed by our veterinary staff. His keepers, who have patiently gained Coolio’s trust, have taught him to understand numerous verbal cues and some visual cues. By supporting the Pittsburgh Zoo & PPG Aquarium, you can help northern elephant seals like Coolio receive a second chance. Learn more on how to support the Pittsburgh Zoo’s commitment to conservation and education. 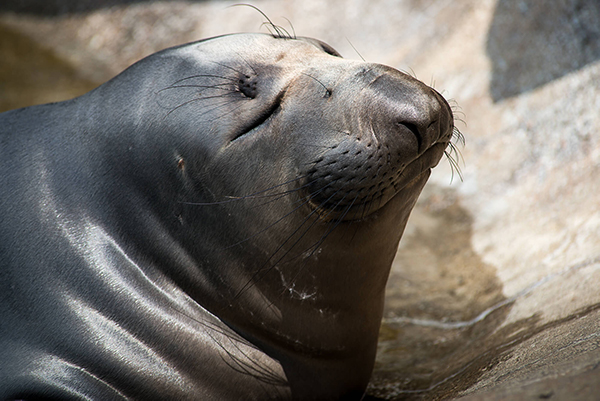 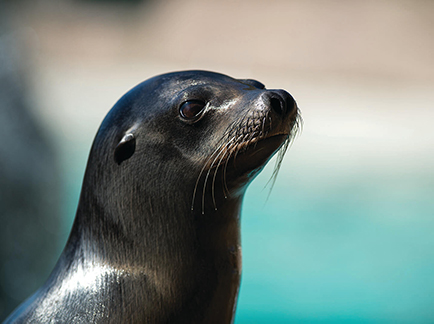 California sea lions can walk on their flippers. 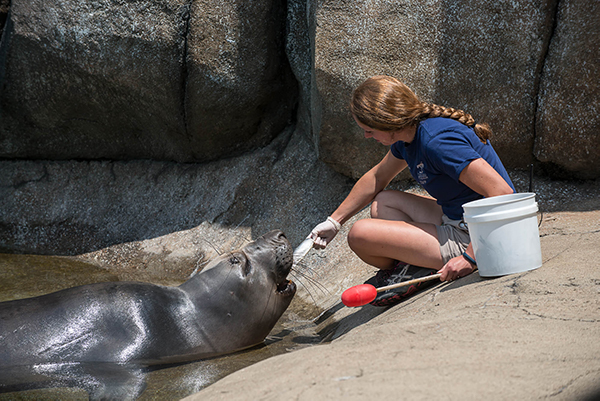