Pride In Our People: Ray & Jordan

Get a glimpse into the lives of two Animal Care Specialists, Ray and Jordan, a father-daughter duo at the Zoo…

RAY
I spent my childhood in the woods and creeks with snakes, turtles, raccoons, chipmunks, and squirrels. I would feed and train them, everything was self-taught. I made a lot of mistakes, but never lost my interest or curiosity and learned to adjust my techniques.

When I was in middle school, I wrote a letter to the Volunteer Coordinator at the Zoo. Years later, she invited me to the Zoo and I met the Animal Supervisor. That was the moment my career started – July 25, 1982 in the Reptile Department.

My favorite part about working at the Zoo has always been the great privilege to provide the highest level of care for the animals I cared for. That has never wavered.

JORDAN
I started working at the Zoo in 2008 as a seasonal staff member for the Finance Department.

My parents inspired me to work at the Zoo, since both of them have worked here since I was born.

My mom works for the Education Department and when I worked in Education, I loved teaching kids about animals and helping with Zoo Camp. My dad is a hero in my life, so being an Animal Care Specialist is fulfilling my childhood dream of wearing the Pittsburgh Zoo shirt with my name embroidered on it, just like him.

My favorite part of working at the Zoo is the psychology behind animal care; I love the challenge of how best to communicate with each of the animals. Elephants in general are my favorite to work with, but specifically our matriarch, Tasha.

My dad worked with Tasha many years ago, and she’s actually the reason that my parents met! She will always have a special place in my heart. It’s not often that you get to care for the same animal that your dad did 30 years ago.

RAY
Although Jordan and I don’t work in the same department, we share the elephant/giraffe/ungulate experience. For me it was during the 1980’s and early 1990’s. Tasha is a very special elephant to me and it is great that Jordan now works with her.

I am so proud of Jordan’s dedication and work ethic, and proud that she chose a career as an Animal Care Specialist.

JORDAN
I am lucky enough to have a lifetime of memories here at the Zoo. One of my all-time favorite memories was meeting Sea Monster, a Giant Pacific Octopus, while working with Zoo Camp. She wrapped one of her arms around my finger to figure out who I was, and it was one of the coolest interactions I’ve ever had.

RAY
I worked closely with the Louisiana Pine snake, the most endangered vertebrate in North America. While I worked with the snake, it successfully produced three offspring, one of which was released into the wild and is currently the second longest surviving released specimen, and probably has reproduced in the wild. 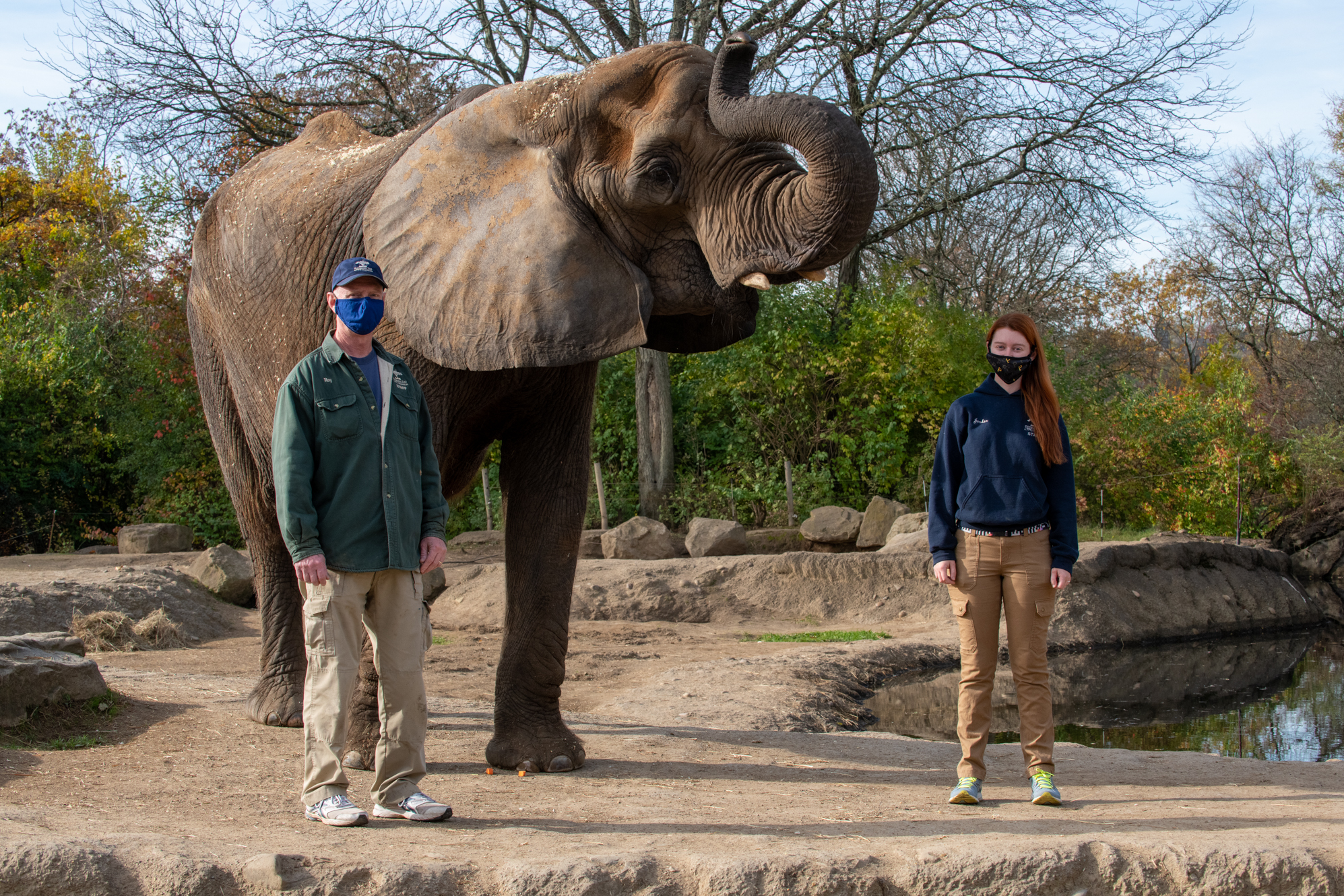