Pride In Our People: SunBear

Our newest digital series, Pride In Our People, features the incredible staff at the Pittsburgh Zoo & PPG Aquarium through written first-person narratives and/or podcast interviews.

We are honored to launch this series with SunBear, an IT Specialist at the Zoo.

This is his story… 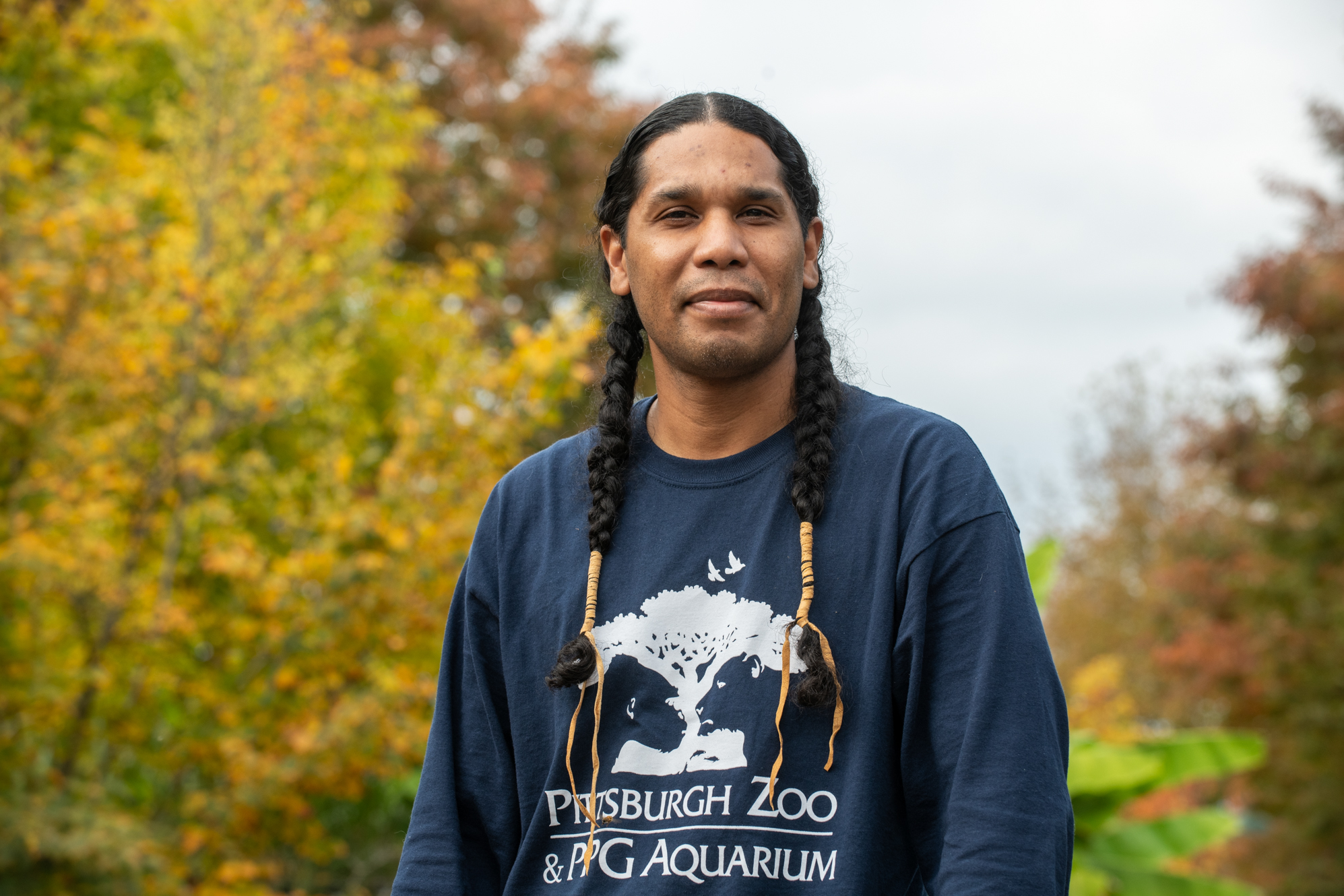 I was born in Pittsburgh.

My family lived on a reservation in South Dakota with Dakota people when I was young – that’s my father’s side. And then we moved to Utah later on. We didn’t live on the reservation there but there’s a lot of Native people there. That’s where my mom’s from – she’s a Northern Ute.

I’m Native American so I’m always thinking about spirituality. I was watching an elder, Floyd Red Crow Westerman, speak on YouTube about life. He said to understand life, you need to plant something – or grow something. At that time I didn’t have a family of my own and I didn’t really understand life, so I took that literally. And I ended up taking a Horticulture job at the Zoo so I could plant something.

Being a Native person, I always felt close to nature and working in Horticulture at the Zoo gave me the ability to work with nature from a plant perspective.

After my time in Horticulture, I took a full time position with IT.

It’s the least exciting thing to tell people that you’re an IT guy at the Zoo! But what I will say is that the elephant staff don’t necessarily get to go to the PPG Aquarium or visit the lions. In IT, we have computers and cameras and devices in every single area so I get access to everything. I may not be up close and personal every day, but it’s pretty cool that I get to see any animal behind-the-scenes.

One of the best memories I have from being at the Zoo is working in the Tropical Forest Center first thing in the morning. Before the gates open, you can hear the howler monkeys and it’s such a special thing to hear their song. That in itself is spiritual or sacred to me – to be able to listen to their culture.

I am very proud to share my experience because it’s relatively unknown. I try to express or teach who Native people are – both past and present – whenever I can.

I am a very traditional person. I have these spiritual beliefs of my ancestors but that throws people off. I’ll dance at powwows and wear traditional clothing, and it totally blows their mind that you can have an old-style belief but still be super modern. But I find that there’s a balance in that – it balances my life out.

As a Native person, I feel connected to anybody that has had a struggle – and continues to have a struggle.

My family has always been an activist family. Within my lifetime, Native people didn’t have the right to practice their traditional religion. It wasn’t under 1978 that they actually got that, and I was born in 1977.

The Longest Walk brought together tens of thousands of Native people to walk from San Francisco all the way to D.C. Not everyone was Native – we had people from other races join us and support our cause.

Native people need other people to help support our issues. When you are less than 2% of the population, if you don’t have other communities supporting you, nobody is going to care. There is no voting power to make change.

We’re all in this together and we want to have a society that’s equal for all.”

“You should learn how to plant something, that’s the first connection. You should treat all things as spirit, realize that we are one family…” –Floyd Red Crow Westerman