Range: African elephants are found in most African countries excluding the Sahara and tropical rainforest of the Congo. 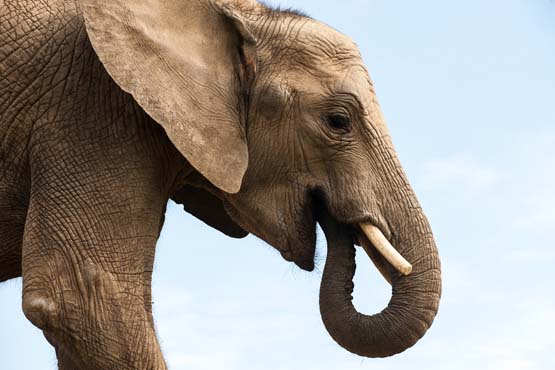 The African elephant generally has no natural predators because of its great size.

The African elephant is the largest living land-dwelling animal. Until recently, they were broken down into two subspecies, the African bush elephant, and the African forest elephant, but these two groupings are now largely considered to be two seperate populations of the same species.

The Zoo will reopen to the public on Monday, March 1!