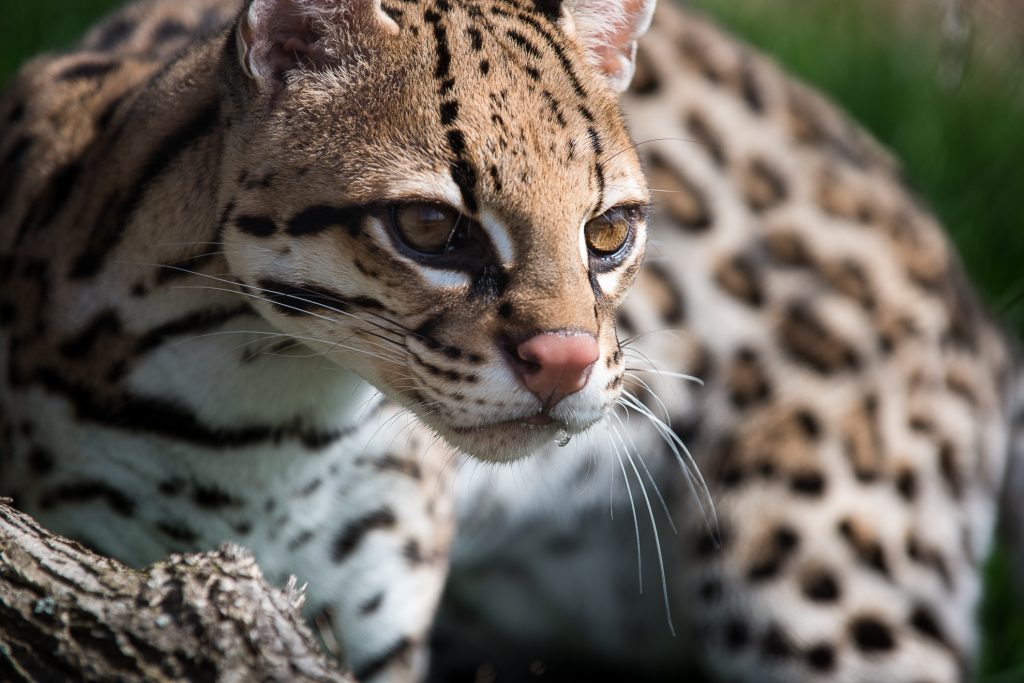 The Pittsburgh Zoo & Aquarium partnered with the Center for Conservation and Research of Endangered Wildlife (CREW), based out of the Cincinnati Zoo, in a conservation effort to increase the population of ocelots, a medium-sized wild cat species. The effort involved an artificial insemination of the Pittsburgh Zoo’s resident 5-year old female ocelot, Soona.

Ocelots are native to the southwestern United States, Mexico, as well as Central and South America. The species is federally endangered, fewer than 100 are known to exist in the wild due to a loss of habitat because of humans. In one such lethal incident, in May 2021, a wild male ocelot was struck and killed by a vehicle in Texas. Scientists from the Laguna Atascosa National Wildlife Refuge and CREW were able to quickly harvest a reproductive specimen, preserve it, and send it to the Cincinnati Zoo for it to be utilized for breeding animals living in Zoos in North and South America.  It was determined that Soona at the Pittsburgh Zoo would be the one of best candidates for artificial insemination, along with a few ocelots living in Zoos across the United States and South America.

In the weeks leading up to the procedure, Soona received hormone treatments to prepare for the artificial insemination and was given a complete examination. After showing full signs of health, the procedure was successfully completed on November 4, 2021 by a team of veterinarians from Cincinnati along with the Animal Care staff from the Pittsburgh Zoo. Despite the considerable experience by all involved, the chance of conception was only 20%.

Soona was monitored for several weeks. In late January, 2022, it was discovered that a pregnancy did not occur. Even though the artificial insemination did not result in ocelot kittens, the procedure offered valuable information about Soona, ocelot reproduction, and genetics.

“If there are sufficient numbers of ocelot pregnancies, this could eventually lead to the next step of possibly reintroducing animals to protected parts of Texas where they once lived a 100 years ago,” said Ken Kaemmerer, Curator of Mammals at the Pittsburgh Zoo. “The procedure is an incredibly important and exciting first step.”

Maintaining genetic diversity of animals, notably of animals residing in zoos, helps sustain species. By medically introducing wild genetic material to Pittsburgh Zoo’s Soona, the zoos were hoping to both strengthen the zoo population with new DNA, and also create a viable pregnancy without the need to transfer animals to other institutions. The Zoo’s partnership with CREW was also beneficial and the Pittsburgh Zoo will continue to partner with fellow conservation organizations on future opportunities.

WANT TO LEARN MORE ABOUT OUR OTHER CONSERVATION EFFORTS?