Lifespan: The average lifespan of the African Lion in the wild is 15 to 18 years, and 25 to 30 years in human care.

Color: The African lion has a golden tan coat that blends well with Savanna and grassland surroundings.

Habitat: These felines live in the savanna and grassland, although they may take to bush and forest. 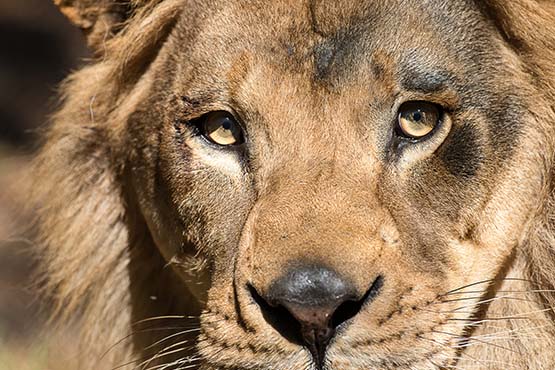 A lion’s roar can carry more than five miles.

African lions are the only cats known to live in groups, which are known as prides. Lions roar to announce their presence within a territory and to keep members of a pride in touch with one another.

The African Lion is carnivorous, but it will eat basically anything, including small insects, when hungry. The lionesses are the hunters of the pride, stealthily attacking prey in the early morning or at night.

Breeding occurs year-round. After a gestation of 102-113 days, one to six young are born to each female. Most litters are two or three cubs.