An expert team from the Pittsburgh Zoo & PPG Aquarium recently returned seven sea turtles to the ocean after a three-month rehabilitation in Pittsburgh. The sea turtles had been rescued from hazardous environmental conditions as part of the Zoo’s Sea Turtle Second Chance Program, a conservation initiative for this critically endangered family of animals.

Two green and five Kemp’s ridley sea turtles arrived at the Pittsburgh Zoo on December 9th, 2021 after being rescued from cool water that left their bodies stunned. They were among hundreds of turtles that are beached or stranded every year due to injury, disease, illness, or environmental threats. During their recovery at the PPG Aquarium, the turtles were given a restorative diet and physical rehabilitation by the Zoo’s animal care staff until they were fit for release.

In March, the turtles were cleared to return to the ocean. The team from the Zoo left Pittsburgh on Thursday, March 3rd for Port Canaveral, Florida. To keep the animals comfortable during the 17-hour drive, the transport van was kept at 75 degrees and the team stopped multiple times to apply lubricant and eye ointment to the turtles.

The team arrived in Cape Canaveral around 10:30 a.m. on Friday, March 4th. As they got closer to the beach, the Zoo team opened the windows so the turtles could smell the salty sea air. The turtles responded with increased activity in the vehicle. At the beach, the team was greeted by park rangers and a crowd of people eager to watch the release.

“We set the turtles down in the sand to give them a little time to adjust before going directly in the water,“ Zoo aquarist Jen Dancico said. “The turtles made their way into the ocean almost immediately after we set them down. The whole release lasted 15 minutes.”

Despite the short goodbye, the team finds the lengthy travel to be worth it because participating in the turtle recovery and release is inspiring. The program has been rescuing and rehabilitating sea turtles every year for over a decade. To date, the program has not seen an individual turtle restrand. It is reasoned that the turtles learn from their experiences and stop traveling too far north into cold water.

While this batch of turtles were able to stabilize after their cold-stun, some animals enter the program with more severe injuries. In 2016, a rescued green sea turtle came to the Zoo with a severed spine, shattered pelvis, and paralyzed back flippers. Named Harbor, she recovered from her injuries, though lasting swimming impairments restricted her return to the ocean. Harbor continues to reside at the PPG Aquarium and serves as an ambassador to the Sea Turtle Second Chance Program.

Follow the Zoo on social media @pghzoo for photos and updates, and watch a full video recap here. 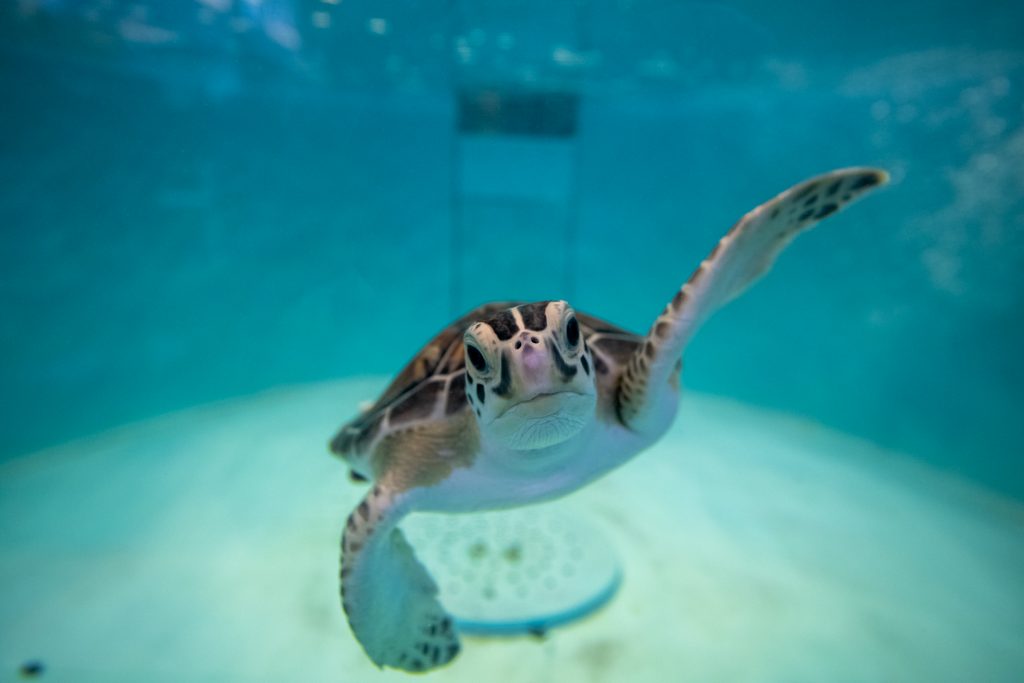